The World of the PRB

I have been a fan of the art of the Pre-Raphaelite Brotherhood for several decades, since first encountering their works while sojourning in the United Kingdom. In fact, even before seeing the paintings of Rossetti et al., in their magnificent Tate Gallery splendour, I had already been introduced to their ideas via my work on Ruskin and William Morris (see below post on The Stones of Venice). I distinctly recall being shown a chapel at Cambridge (the specific college escapes me now), and remarking, immediately upon entering, that the windows were surely the work of Edward Burne-Jones. My guide, an older “fellow” (I mean that literally) of the cloth, was astonished that I recognized the artist, noting that I was the first ever to do so—a comment that made me both proud and sad, considering that I felt, particularly at that time, that EBJ’s art was nonpareil. 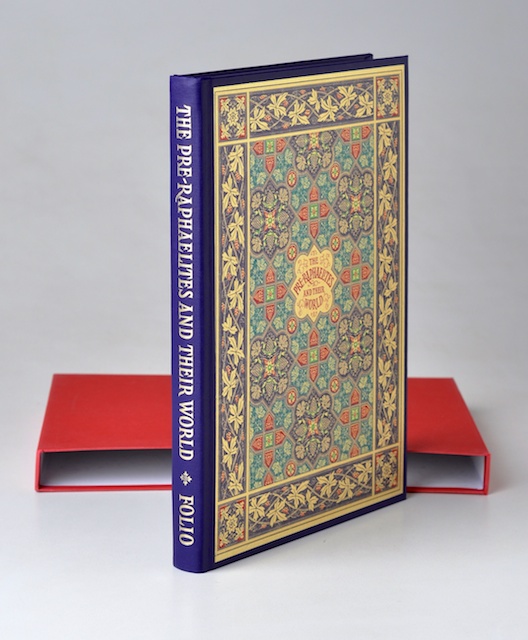 hence, and I have just read The Pre-Raphaelities and their World, a fascinating account of the life, work, relationships (though, alas, less on the women than the men) of the major artists in the self-conscious “movement” known as the Pre-Raphaelite Brotherhood: Dante Gabriel Rossetti (1828–1882), William Holman Hunt (1827–1910), John Everett Millais (1829–1896), Edward Burne-Jones (1833–1898) and William Morris (1834–1896)—as well as the larger circle of like-minded artists, poets and acquaintances. This retrospective work, written by Dante Gabriel’s brother William Michael Rossetti, a founding member and unofficial scribe of the PRB, is rife with interesting biographical nuggets; to William Michael’s credit, he does not attempt to whitewash the flawed personalities of these idealistic, petit bourgeois artists, including that of their figurehead—his own brother Dante Gabriel (actually Gabriel Dante). While we get a strong sense of Dante’s love for his model/muse Lizzie Siddal, I would have liked to hear more detail of the illicit affair with Janey Morris, wife of William “Topsy” Morris, accomplished poet, designer, social critic, failed painter, and Dante’s friend and fellow traveler in PRB mentality. Other episodes involve the Brownings, Tennyson, Swinburne, Ford Madox Brown, Ruskin, Whistler, and just about any Brit with a claim to artistic or poetic fame during the late Victorian period. Although she remains a shadowy figure, largely confined to the backdrop of the tale, one also gets a glimpse of the strong personality of William Michael and Dante Gabriel’s younger sister, the poet Christina Rossetti.

The volume, produced by the Folio Society, also contains dozens of beautiful prints, including a variety of the PRB hits: Hunt’s Rienzi Swearing Revenge, Converted British Family, Our English Coasts, The Light of the World, Rossetti’s Ecce Ancilla Domini, Beatrice at a Marriage Feast, Beata Beatrix, Venus Verticordia, Millais’s A Huigenot, Ferdinand Lured by Ariel, Mariana, Ophelia, and so on. In addition, the book reproduces a few stunning works by less successful members and associates, including Morris, Lizzie Siddal, and Frederik George Stephens (whose Mother and Child is stunning).